The Psychology of Money: How to Spend Effectively and Be Happier

This article is part of the “Happiness Series.” Click here to learn more.

“Wealth is the ability to fully experience life.”

If you ask most people what would make them happier, most would respond that a little more money (or, heck, a lot more money) would certainly move their happiness quotient in the right direction. We may think more money will make us happier, but let’s first take a look at some answers from studies.

The fact is that studies on this subject are conflicting. One set of research findings, by Princeton behavioral economists Daniel Kahneman and Angus Deaton in 2010, showed that higher salaries did indeed breed greater emotional well-being – but only up to a certain point. In this study of 1,000 Americans, self-reported levels of well-being increased with a salary up to $75,000 or the roughly equivalent money to meet basic needs (food, housing, clothing, etc.). Beyond this financial point, more money does not buy greater joy.

In contrast, a 2012 study pioneered by University of Michigan Professors Betsey Stevenson and Justin Wolfers, showed that the positive correlation between money and happiness did not end at merely meeting one’s basic needs. The higher your salary, the happier you are. This would strike a chord with Gertrude Stein, who is quoted as saying, “Whoever said money can’t buy happiness simply didn’t know where to go shopping.” 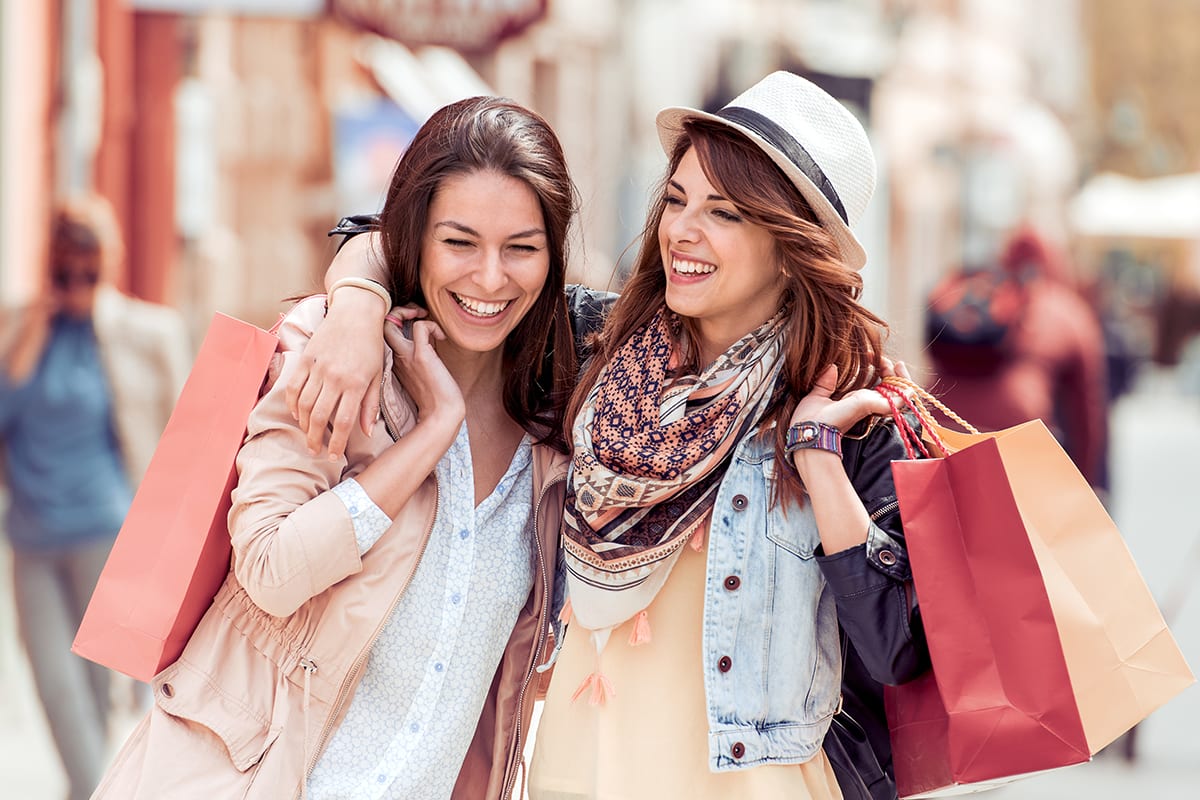 Conflicting research begs the question: is there indeed a financial satiation point at which happiness plateaus? Or do joy and well-being increase as our bank accounts grow? In my prior blog post, I explored the complex and nuanced relationship between money and happiness, concluding that the answers to the above questions depend on multiple factors, including exactly what we mean by happiness.

Now let’s probe a little deeper into the nature of this nuance. We can figure out exactly how we should spend our hard-earned cash in service of our well-being.

Your Money, Your Values

As a psychiatrist who has treated over 1,000 patients on Manhattan’s Upper East Side, I frequently help people better understand and ultimately improve their relationship with money. When I treat couples, for instance, two of the main issues they usually argue about are money and sex. We’ll cover the topic sex in another article (stay tuned!), but when it comes to money, I realized after many years that couple’s arguments about money are actually rarely about, well, money. They are often about what money represents to people and, ultimately, about people’s values.

Your relationship to money says a great deal about your character and your values. Do you live with lack mentality, always feeling like you don’t have enough no matter how much you have? Do you catastrophize, fearing that one day you could lose everything despite having plenty in the present moment? Or do you believe money is dirty and therefore choose to live a more modest, bohemian existence? Was money used as a form of control in your family, thereby leaving a bad taste in your mouth? The answers to these questions comprise some of your money-related values.

Especially if you didn’t grow up with a lot of money, having money may mean success (“you’ve made it”). It may mean security, buffering you against the hardships life may bring your way. Money may represent luxury – the ability to indulge, enjoy life, buy nice things, and invest in meaningful experiences. It may also represent ease. Ease is the ability to buy oneself more time or outsource the things you don’t want to do. Having money may give you the capacity to be charitable with your resources and generous with those around you.

Whatever money means to you, it usually brings freedom. However, with freedom comes responsibility. If you over-indulge, spend recklessly, or continuously live above your means, your resources and freedoms will likely dwindle. Moreover, if there are no parameters on your spending, you may fall prey to taking what you have for granted. Which leads to the dangerous mentality of entitlement.

Entitlement is one of the most disempowering feelings one can have. When you feel entitled to something, you expect to get it without having to earn it or work for it. Then, if you do receive it, you don’t feel grateful because you expected it all along. And if you don’t get what you expected, you feel victimized, as though something was taken away. In essence, entitlement is fundamentally incompatible with gratitude and often results in victim mentality.

This is why the antidote to entitlement is gratitude: appreciating what you have, counting your blessings, and not taking anything for granted. Psychologists Robert Emmons from University of California, Davis and Michael McCullough of the University of Miami found that those who did exercises to cultivate gratitude, such as regularly writing down the things for which they were grateful, ended up feeling healthier, happier, and more optimistic. 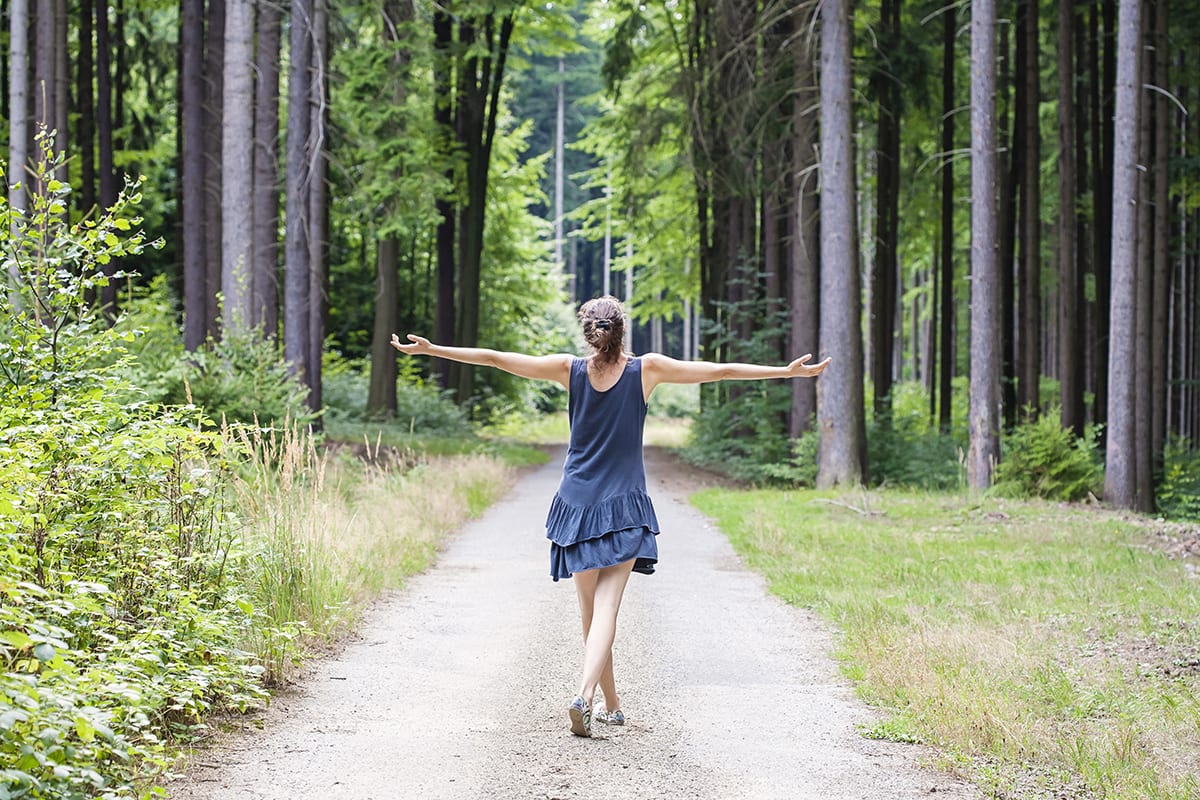 If entitlement and reckless spending are fundamentally incompatible with happiness (while the cultivation of gratitude is sure to make you happier), what other money-related values and spending habits can boost your happiness quotient?  Research suggests following a few simple principles.

First, get rid of your (non-mortgage) debt, like credit card debt, and save up a bit to build a financial safety net. Studies have shown that having some savings and financial security tends to boost happiness, while debt reduces it. But debt is worse for happiness than savings are good for it. A survey of British households found that those with more debt were less happy.  Another study showed that married couples with more debt had more marital conflict about everything from sex to in-laws.

An interesting body of research comes from Cornell University psychology professor Thomas Gilovich. He shows that using your discretionary income to buy meaningful life experiences actually produces more happiness than buying material possessions. While material goods may last longer, we adapt quickly to new things, deriving less pleasure from them over time. In contrast, meaningful experiences give us a greater sense of purpose and connection while strengthening our self-worth and identity.

In Professor Gilovich’s paper entitled Waiting for Merlot, he shows that we usually await new experiences with excited anticipation (I can’t wait!), while waiting for new things with a feeling of impatience (why isn’t it here yet?!). Here the psychological benefits of climbing Mt. Kilimanjaro (or just a restful vacation) begin before we’ve even started the journey and stay with us long after we’ve gotten tired of our latest fancy gadget.

Of course, this is not always the case. Buying things you’re able to continuously appreciate, use often, and authentically enjoy will certainly drive up your happiness quotient – perhaps because the act of enjoying these things time and time again (i.e., a great fashion accessory) is itself an experience.

University of British Columbia Professor Elizabeth Dunn and Harvard Business School Professor Michael Norton, authors of Happy Money: The Science of Smarter Spending, point out that for many people, time — not money — is the most finite resource. Having some time to just think and “be” creates a feeling of time affluence. Research shows time affluence is strongly linked to personal happiness, even after controlling for material affluence. In a study of adults across various incomes in Europe and North America, those who used money to buy time reported greater life satisfaction.

How do you buy yourself time? Depending on your budget, you can outsource the tasks you most loathe. Enlisting the help of a freelancer or personal assistant to free up valuable hours, paying a little extra to have your food or dry cleaning delivered, and/or purchasing time-saving ways to relieve end-of-day time pressure. For instance, a big time-suck can be one’s daily commute. Rather than buying yourself a fancier car, your happiness quotient would probably be better served if you instead bought a place closer to work. This reduces your commute time and giving you more time with your family or friends. This is one of the ways in which people can use money to buy themselves time.

However, Professor Dunn’s and Professor Norton’s research cautions that while buying yourself time can certainly increase your happiness quotient, it will only do so if you use your newfound time in healthy, constructive ways: improving your self-care (reducing sleep debt, exercising, taking a yoga class, etc.), spending time with people you care about, or engaging in a meaningful activity (starting to write that book you’ve always been talking about). In contrast, if you take your newfound time for granted, you’re much less likely to derive a positive psychological benefit.

Perhaps the most satisfying way of using money is to invest in others. This can take a seemingly limitless number of forms, from donating to a charity or buying lunch for a friend. A study at the National Institute of Health demonstrated a link between charitable giving and the release of endorphins (“happiness hormones”), which cause what scientists refer to as the “helper’s high”, in the part of the brain associated with pleasure.

In a 2008 study in the journal Science, University of British Columbia Professor Lara Aknin, along with colleagues Professor Dunn and Professor Norton, gave 46 participants either $5 or $20 and then told some of them to spend it on themselves and others to give it away. Independent of how much money they originally received, those who gave away their cash showed a greater happiness boost than those who spent the money on themselves. Professor Aknin then examined survey data from 136 countries and showed that spending money on others is associated with greater happiness around the world, in poor and rich countries alike. The result of this research is echoed in the words of Prophet Kahlil Gibran: “Money is like love; it kills slowly and painfully the one who withholds it, and enlivens the other who turns it on his fellow man.”

So does money make us happier? Well, yes and no. We need enough to cover our basic needs, pay off debt, and create a little nest egg of savings. Beyond that, while a rising salary may impact our well-being, greater happiness can be cultivated. This is done by purchasing meaningful experiences, buying oneself time, and seeking out opportunities for altruism. Most importantly, be grateful for everything you have and don’t take any of it for granted.

About the Author: Anna Yusim

Dr. Anna Yusim is an award-winning, internationally recognized psychiatrist with a private practice in New York City. She is the best-selling author of "Fulfilled: How the Science of Spirituality Can Help You Live a Happier, More Meaningful Life." Having completed her studies at Stanford University, Yale Medical School, and the NYU Psychiatry Residency Training Program, she is currently a Lecturer on the Clinical Faculty of the Yale Psychiatry Department. She has traveled, lived and worked in over 50 countries, published over 70 academic articles, and presented at numerous national and international conferences.
Page load link
Go to Top