The Latest 2019 Tax Deductions and Changes to the U.S. Tax Code

According to TurboTax, American taxpayers claim $1.2 trillion in tax deductions every year. I’d sure want to get my fair share of that. And while a lot has changed with the passage of the Tax Cuts and Jobs Act, most Americans didn’t really feel the difference until the 2019 tax season opened. When taxpayers pulled out their paperwork and began filing their 2018 taxes, a host of dramatic changes to tax code and deductions – mainly the stuff of political rhetoric until then – became real.  Overall, the new tax law eliminated or reduced many traditionally popular tax exemptions.

The tax law increased the standard deduction taken by those don’t itemize their taxes. For some taxpayers, this change makes tax season simpler. They’ll keep more of their money by filling out the simpler form and skipping the deductions hunt.

“I’m finding that it’s catching lots of people by surprise when they learn about the changes and even, the elimination of certain tax deductions,” says Desmond Henry, a Kansas-based financial adviser. 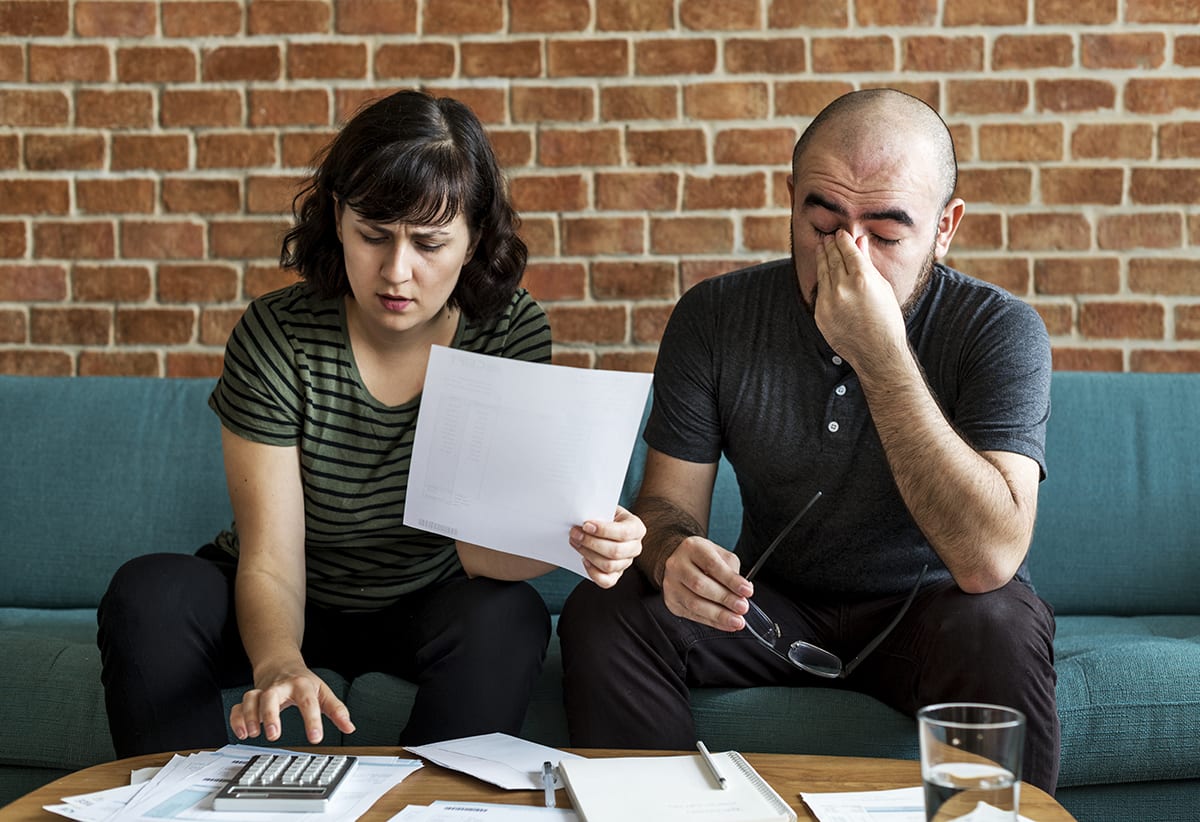 Despite all these changes, there are still plenty of deductions remaining that can drastically reduce your tax liability. It’s important to know what’s changed and what tax breaks you might overlook. For starters, it might very well still be best for you to itemize.

First off, here’s what’s new about deductions for the 2018 tax year. The good news is that there are a few new and improved deductions. For example, the dependent tax credit has been expanded beyond covering young children. If you take care of an adult-aged child – or if you are caring for an elderly family member – you can now take a $500 tax credit. In addition, the credit for young children (under 17) has been increased from $1,000 to $2,000.

On the other hand, a series of small and large deductions has been reduced or eliminated. As Mr. Henry notes, “I think one of the biggest surprises to taxpayers this year will be the cap on the dollar amount you can deduct for state and local taxes.” This is the big one: the deduction for state and local taxes is now capped at $10,000. It hits homeowners in property-tax-heavy places like New Jersey or California the hardest.

Another really important change involves deductions for home equity loans. Homeowners who take out such loans to make home improvements can still deduct the interest they paid. But those who use the money for other purposes will likely be disappointed. 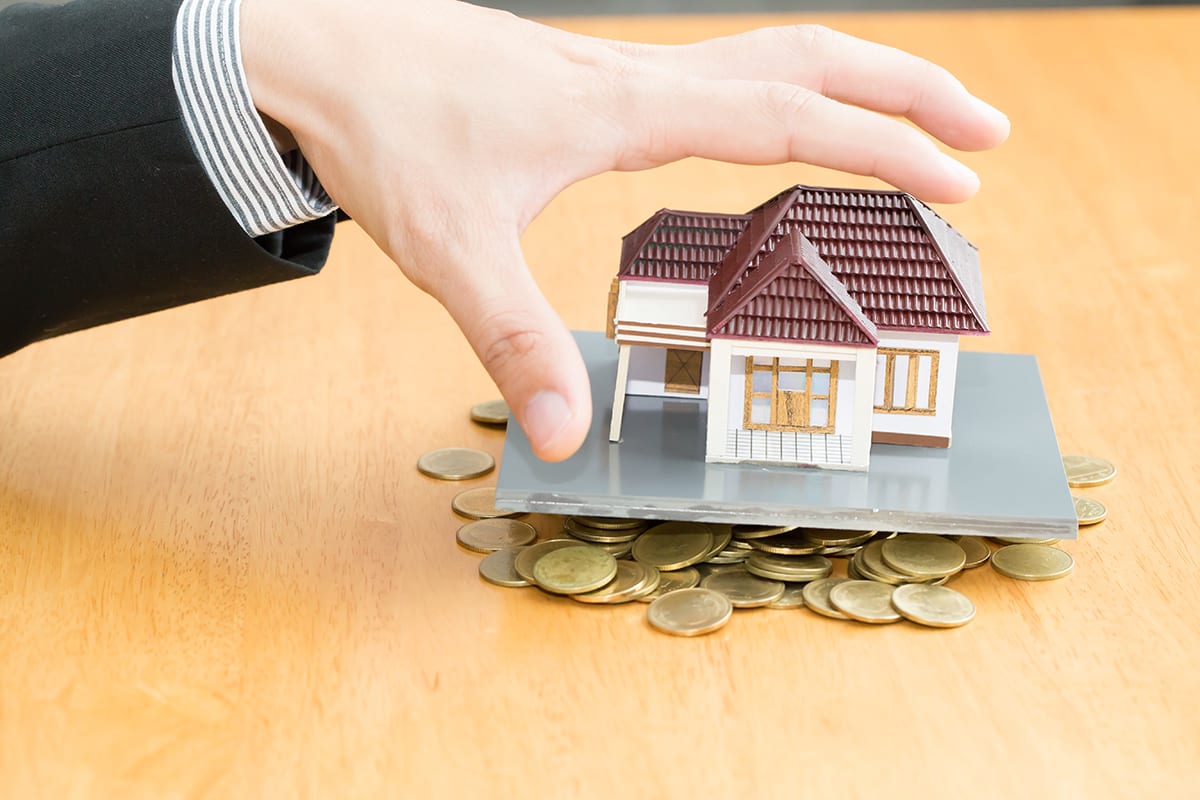 “The No.1 reason homeowners take out a home equity loan is for debt consolidation,” Henry says. “After the passing of the new tax reform bill, the government really discouraged this because the new tax law disallows deducting the interest on home equity loans if you use them for anything else besides ‘buy[ing], build[ing], or substantially improv[ing] the home that secures the loan.’ So in other words, if you take out the loan to pay for things like a bathroom renovation or new roof, it’s still deductible. But if you use the money to pay off high-interest credit card debt, student loans, or take a family vacation to Disney World – the interest is no longer deductible.”

Smaller tax breaks have been cut too. Deductions for losses from theft have largely been eliminated (with only rare exceptions) – as have deductions for tax preparation fees.

Fortunately, there’s still a long list of items that are still deductible, including charitable donations. Don’t breeze past this topic. Many charitable people don’t realize that they can also deduct charity-related expenses.. For example, mileage driven to the annual fund-raiser can be deducted – or costs to prepare those bake sale treats. 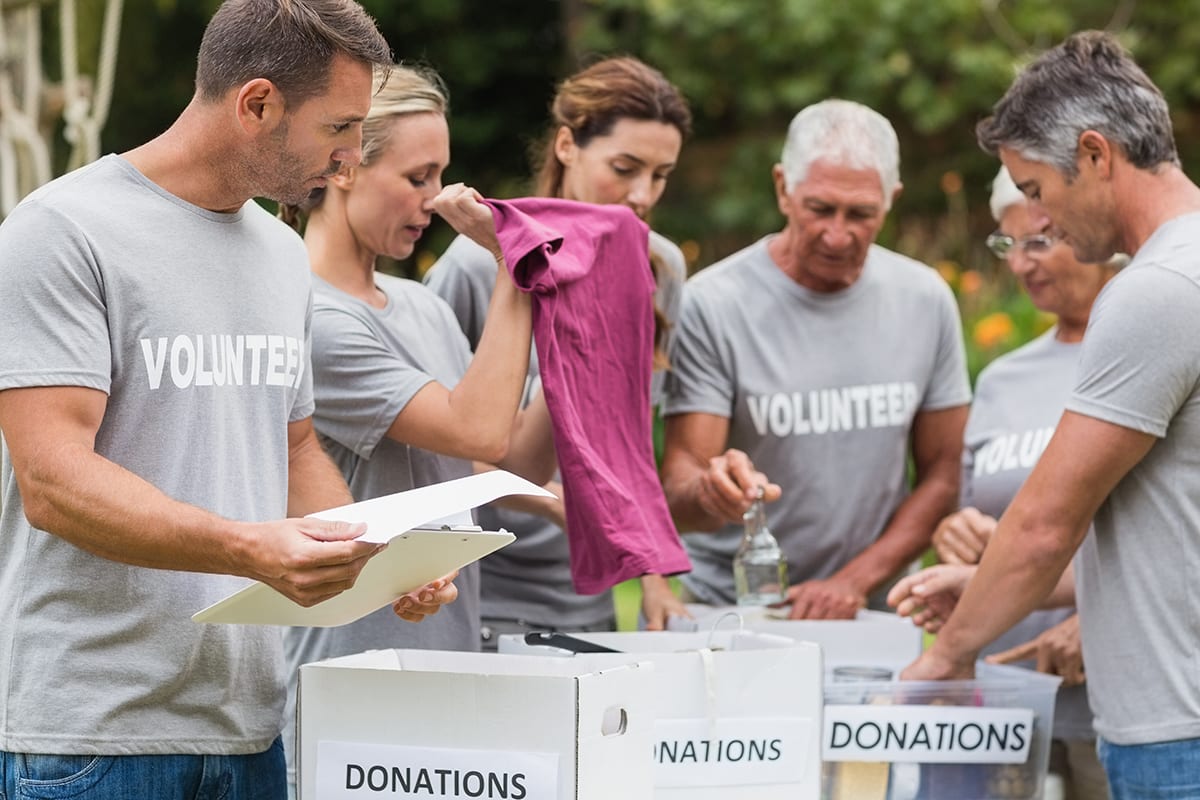 On the workplace side, unreimbursed costs for items like journals or licenses can be deducted – as can costs for uniforms.  And if you have a health savings account, those contributions are deductible too.

If you owed state income tax last Spring, that payment might be deductible; so is state sales tax you paid this year (up to the new limits) if you forgo the state income tax deduction. Deductions for state sales tax usually only applies in places like Washington State or Florida, where there is no state income tax, but there are exceptions. If you made a major purchase with a big sales tax bill, like for a new car, you might be better off declaring your sales tax (subject to that new cap, of course).

And if you spent time in places like Las Vegas and lost money gambling, those losses can also be tax deductible under certain circumstances.

Other more technical deductions involve payments you might have made to refinance your home mortgage. And if you reinvest dividends awarded by investment holdings, make sure you consult an expert or relevant software to ensure you get “credit” for the new, potentially higher prices you paid during these ongoing purchases. Doing so raises your cost basis (thereby reducing your gains and tax liability), but the math is tricky, so be sure you get help.

For Schools and Educators

There’s a whole host of deductions that apply to student, parents, and teachers. They can be a bit tricky to follow, so here’s a quick list. 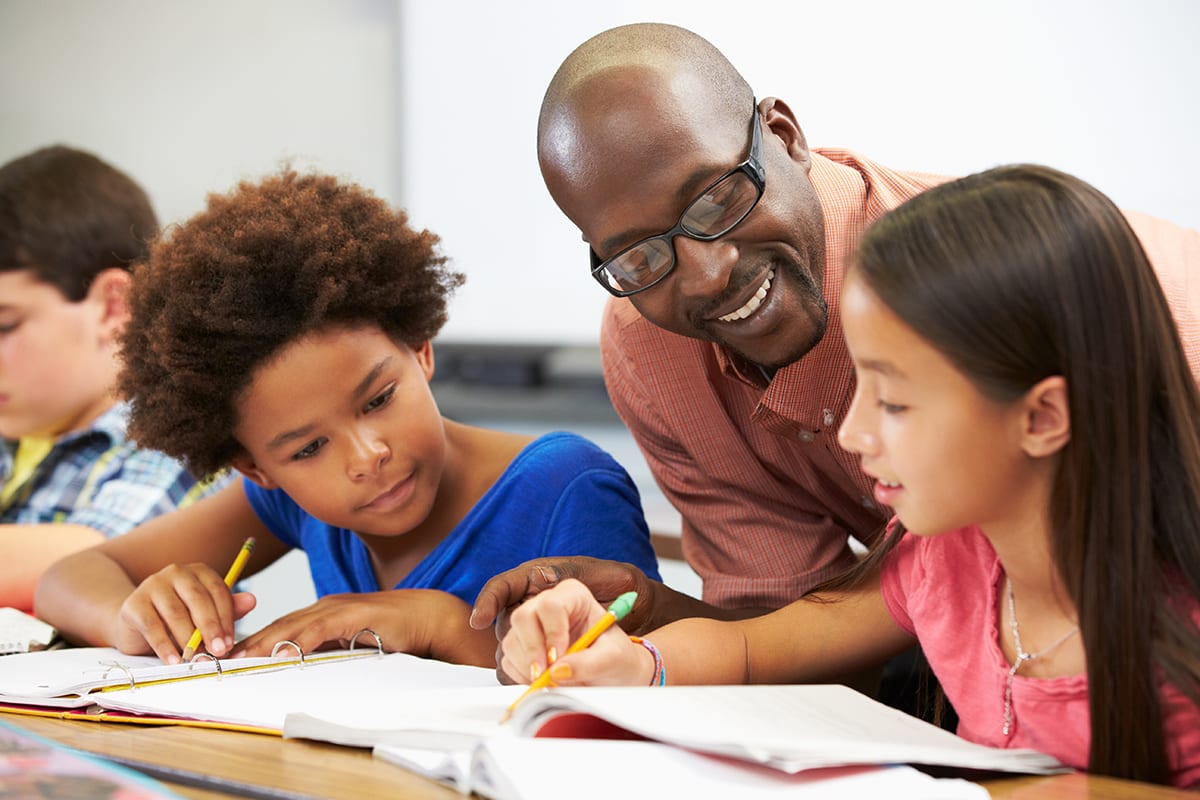 There’s a couple of ways for adults to deduct ongoing costs of learning. The “American Opportunity Tax Credit” lets taxpaying students or parents claim up to $2,500 on tuition, books, equipment, and some other expenses for the first four years of college. Meanwhile, the “Lifetime Learning Credit” covers taxpayers or their kids who aren’t eligible for the American Opportunity Credit, either because they have graduated college or have a limited course load. The maximum credit is $2,000.

Also, after school (during loan repayment), parents who help their children pay student loans cannot deduct the interest they pay on those loans, but now, the student who benefits can.

Finally, we are all familiar with stories of teachers using their own money to pay for education expenses. Teachers can deduct up to $250 when they shell out their own money for school expenses.

With the advent of the gig economy and independent contractors, many more Americans have become familiar with Schedule C and self-employment tax. There is a long list of deductions – in the form of business expenses – that those who work for themselves can take. The list of potential work-related expenses is very long, but we’ll highlight a few here. 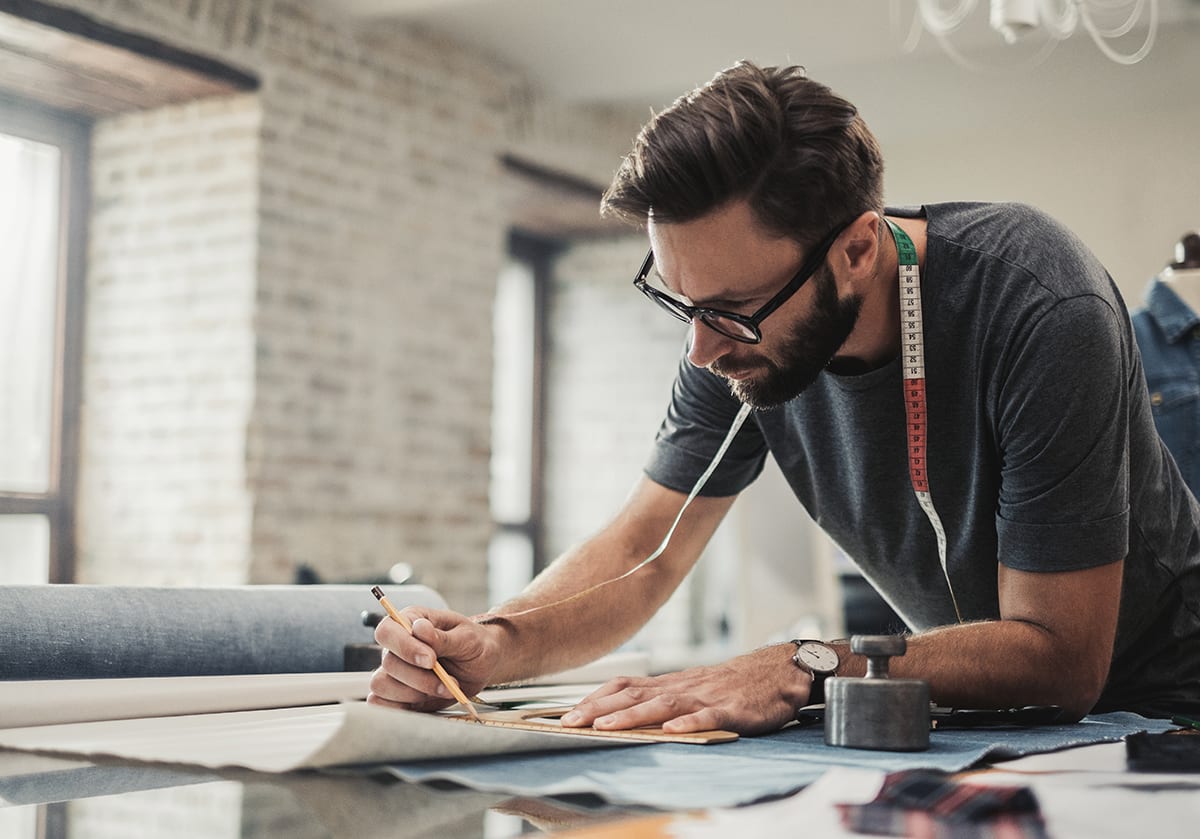 Mileage driven for work is a big one, but it can be cumbersome to track and compute. New software makes things much easier. Smartphones that automatically track work-related trips significantly reduce the paperwork headaches associated with this business expense. Travel, in general, is a big generator of expenses – hotels for conferences, train tickets to meet clients, and so on. Other travel-related costs might not be so obvious. For example, don’t forget about pesky airline baggage fees or fees for hotel Wi-Fi that you needed for work. Parking and tolls during work travel are also legitimate business expenses.

Many gig workers are disappointed to discover they must pay higher self-employment taxes to cover the portion of federal taxes – like Social Security – ordinarily paid by employers. But one-half of those taxes are deductible.

Finally, health insurance premiums paid can be deducted directly from business income; for most sole proprietors, this is a sizable expense, so it’s a sizable deduction too.

Medical expenses are a tricky category. Generally, they aren’t deductible unless they exceed 7.5% of your adjusted gross income – and that limitation grows to 10% in 2019.  Still, for those facing such steep bills, there might be overlooked costs to add to the total; for example, one may include transportation costs to and from medical appointments, such as parking and tolls. Medical aids, like canes, are also potentially deductible. And finally, patients eligible for Medicare can deduct the additional premiums they pay for (Part B and Part C). 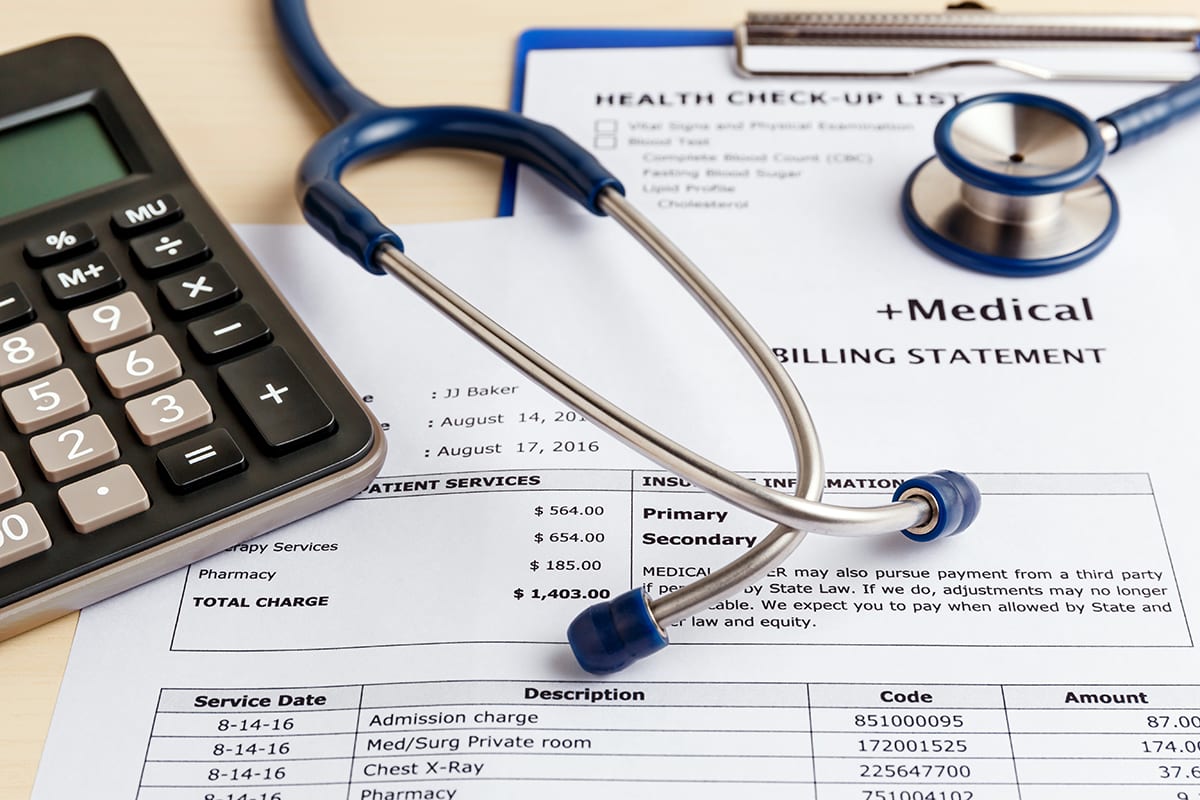 In summary, taking tax deductions is your right as a taxpayer. In doing so, you can put a lot of money back into your pocket. However, remember to fill out the tax forms as soon as possible, since it could be a hassle. It might be tempting to just take the standard deduction and get things over with. But give yourself an extra afternoon or weekend to really examine your circumstances. Then determine if itemizing deductions is right for you. When your tax return arrives, you’ll be glad you did.

About the Author: Bob Sullivan

Bob Sullivan is a veteran journalist and the author of four books, including the 2008 New York Times Best-Seller, "Gotcha Capitalism," and the 2010 New York Times Best Seller, "Stop Getting Ripped Off!" He has won the Society of Professional Journalists Public Service Award, a Peabody award, and the Consumer Federation of America Betty Furness Consumer Media Service Award. He’s now a syndicated columnist and frequent TV guest. He is also co-host of the podcast Breach, which examines history’s biggest hacking stories.

When you pluck your eyebrows too thin

Our 20s/30s are some of the best times of our lives. It’s more fun to spend it with other likeminded people.

Here’s how to make friends in your 20’s: