Everything You Should Know About Gender Neutral Fashion

Gender-neutral fashion has been gaining popularity in recent years as more and more people begin to embrace the idea of breaking down traditional gender boundaries. Simply put, clothing and accessories are not specifically designed for men or women. Instead, they are meant to be worn by anyone, regardless of their gender identity. Gender-neutral clothes are all the hype and it’s not uncommon in sneaker culture to see women rocking sneakers for men and vice-versa. This piece will explore everything you need to know about gender-neutral fashion.

What Is Gender Neutral Fashion, And Why Is It Becoming More Popular?

There are several reasons why gender-neutral fashion is becoming more popular. For some people, it is a way to express their individuality and break away from traditional gender roles. For others, it is a way to be more inclusive and welcoming to people of all gender identities. And for many, it is simply a matter of personal taste. It shouldn’t be surprising that gender-neutral fashion is becoming more popular, as it aligns with other social movements aimed at breaking down traditional barriers.

How can you start incorporating more gender-neutral fashion into your own wardrobe? 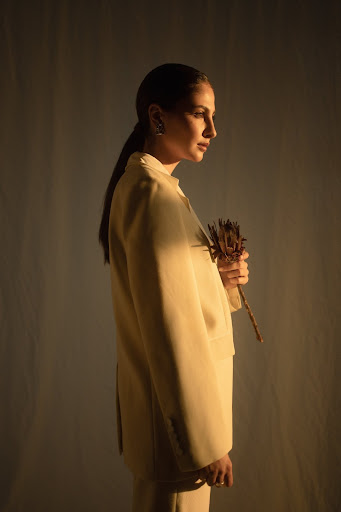 If you’re interested in incorporating more gender-neutral fashion into your own wardrobe, there are a few easy ways to get started.

First, take a look at the clothes and accessories you already own. Are there any items that could be considered gender neutral? If so, start wearing them more often! You can also shop for specifically gender-neutral clothing and accessories. Many retailers now offer gender-neutral options, so it’s easier than ever to find clothes that fit your style. Finally, don’t be afraid to experiment. Fashion is all about self-expression, so try out different looks until you find something that feels right for you.

What Are Some Of The Biggest Challenges Facing Gender Neutral Fashion Designers And Consumers Today?

One of the biggest challenges facing gender-neutral fashion is the lack of options. Most mainstream retailers still cater primarily to either men or women, with very few options for those who don’t identify as either. This can be frustrating for people who want to express their personal style without being limited by traditional gender norms. However, many independent designers and retailers are catering specifically to the gender-neutral market.

Another challenge facing gender-neutral fashion is its often adverse reaction from the general public. There are still many people who view gender-neutral fashion as weird or unappealing. This can make it difficult for those who want to dress in a more gender-fluid way to feel comfortable doing so in public. Additionally, it can be hard to convince friends and family members to accept your new style if they don’t understand it. However, as with any form of self-expression, the best thing you can do is stay true to yourself and be confident in your choices.

How Can You Shop For Gender Neutral Clothes Without Making A Lot Of Extra Effort?

What Are Some Of The Benefits Of Dressing In A More Gender Neutral Way?

There are many benefits to dressing in a more gender-neutral way.

OFF ON FRIDAY @offonfriday ·
20h

I don't dream of labor, I dream of being Jasmine Tookes

OFF ON FRIDAY @offonfriday ·
24 Sep