Staff Favorites: 13 of the Best Romantic Comedies on Netflix

No film is quite as feel-good as a romantic comedy! With unrealistic cliches and a dash of awkward reality, you know everything will come together in the end (regardless of how sullen they seem at times). There is a rom-com for everyone, whether you are going through a tough breakup, need a laugh, or are binge watching the filmography of your favorite actor/actress. In no particular order, here is our list of the best romantic comedies to stream right now on Netflix. 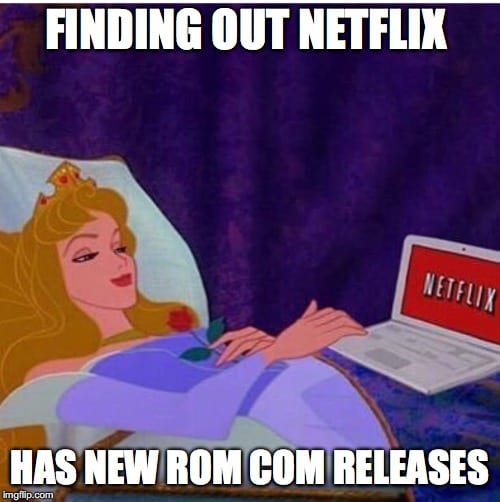 In an act most would relate to a teenage girl, Lara Jean Covey writes love letters to all of her former romances but keeps them under lock and key. That is until they are mistakenly mailed out and she is confronted, one by one, by each of her past boyfriends. With all of the teenage angst rom-com fans know and love, To All The Boys I’ve Loved Before will take you back to films like Sixteen Candles and Pretty in Pink.

A fantasy/action rom-com, Scott Pilgrim vs. The World is a one-of-a-kind story about heartbreak, love, and growth. In the midst of striving for the success of his band, Scott Pilgrim falls for one Ramona Flowers. During this time, he struggles with the emotions of being dumped by an ex and, trying to shake off his high school aged rebound, literally fights to win the heart of Ramona. Chock full of wit, this comic-turned-film is a fan favorite.

Starring Amy Adams, Leap Year is a film that speaks to the saying “everything happens for a reason”. Whilst attempting to make a grand romantic gesture, Anna Brady encounters every trial and tribulation imaginable. Eventually, she is forced to rely on a rugged Irishman, and they begrudgingly embark on the journey together. Hilarious yet at times tear inducing, Leap Year is the beautiful romance that everyone dreams of.

At the age of 21, Tim’s father tells him a secret: men in their family can travel in time. Skeptical at first, Tim learns to use the miraculous gift to his advantage to alter situations in his life, primarily when it comes to finding and conquering love. Incredibly moving, About Time uses humor to deliver a new perspective on the stages of life and teaches viewers how precious it truly is.

The tallest girl in school, Jodi has always stood a head above her peers. Like every teenager, all she wants is to be liked and to know that she has the potential to be loved. When a foreign exchange student who is even taller than her walks through the doors, she sees her chance. The question is, will she risk it? Tall Girl is the ultimate coming-of-age film that teaches viewers the only shame in being different is being unable to take pride in what sets you apart.

As average as they come, Joe is a clumsy TSA agent who lives a monotonous life. Along comes Molly, a gorgeous and smart blonde who Joe assumes wouldn’t look at him twice. Meanwhile, Molly knows what her heart wants. The question is, can she convince Joe that he is in fact enough? She’s Out of My League is a quirky, sometimes raunchy rom-com with a solid message about self-worth.

Milo Boyd is a bounty hunter who isn’t having the best of luck when it comes to finding people to hunt. That is until he is assigned to track down his ex-wife and reporter Nicole Hurly. Thinking it will be an easy payday, Boyd quickly finds out otherwise as Nicole is on a chase of her own for the lead on a murder cover-up story. Eventually they end up on the run together, this time for their lives. Hilarity ensues, and the pair continue to fight for their individual needs; meanwhile, sparks may be rekindling between them.

With an affinity for women much younger than himself, Harry Sanborn’s latest trophy girlfriend is Marin. On a trip to her family beach house, Harry suddenly suffers a heart attack. Prescribed bed rest, he is taken care of by Marin’s visiting mother and finds himself, quite literally, climbing his way up the staircase to love. Unfortunately, he may have met his match. Something’s Gotta Give is one of the few rom-coms that addresses love over the age of forty and the complications that come with it. Starring Jack Nicholson and Diane Keaton, it received and was nominated for several awards.

Music can be the ultimate language of love. Across the Universe is long-winded but well worth the watch. Played to the tune of popular hits by The Beatles, it tells the story of a Liverpudlian who jumps ship in America in the hopes of a better life. Instead, he finds a mixed bag of love and chaos, and all the while the Vietnam war rages in the background. A breathtaking adventure, this story is one of young love that defies all odds.

Featuring comedy duo Ali Wong and Randall Park, Always Be My Maybe is the story of two people who started out as the power couple and drifted apart. That is until 15 years later, when they fall back into one another’s lives following a chance encounter. Hesitant to give their relationship another go, they soon realize they may not have the self-control to say otherwise. Absolutely hilarious, their story is one that is as relatable as it is ridiculous.

Comedian Donna Stern is the average woman; the only difference is that she uses the woes of womanhood to shed a little laughter on the world. That is until weeks after a one-night stand, when she finds out she is pregnant. In fact, the uncomfortable situation is less than a laughing matter. Instead, she must pull up her big girl pants and find her inner strength. Packed with incredible humor and romance, Obvious Child also has dark and serious tones.

Years after a one-night stand, serial cheaters Lainey and Jake reconnect by chance and are ready to settle down and fall in love. Unfortunately, their anti-commitment ways have left them lacking the ability to maintain a long-term connection. The two agree to embark on a platonic relationship, despite their undeniable attraction for one another. Although vulgar (rated-R for a reason), Sleeping With Other People is a refreshing and inspiring take on modern relationships.

Under the command of two workaholic bosses, a pair of young assistants decide to set the duo up in hopes of creating a distraction that allows them some down time. In the midst of their scheming, Harper and Charlie end up falling for each other instead. Set It Up is a charming film with snappy dialogue that delivers an ending tied up with a bow.

And that’s our list! On top of our selection of films, there are countless more to choose. Many are equally relatable in terms of a scenario or touch on other genres. Let us know your favorite romantic comedies below and why, or tell us your thoughts on one of the movies mentioned above!

The most annoying thing for sure is when a product is listed on a store website but it's out of stock... like why is it on there??