The Most Interesting Halloween Costume Ideas This Year

Disclaimer: This post contains affiliate links. If you buy an item through one of those affiliate links, Successible Life may get a small commission at no extra cost to you. This helps keep the blog running so we can continue to provide you with the best content.

Halloween has quickly become one of the most wonderful (and interesting) times of year! The potential for spooky shenanigans for both adults and children is just tremendous. Halloween opens the door for everyone to embrace their fantasy and showcase some wonder and spontaneity, and this creativity is perhaps no better exhibited than in the variety of intriguing Halloween costume ideas. 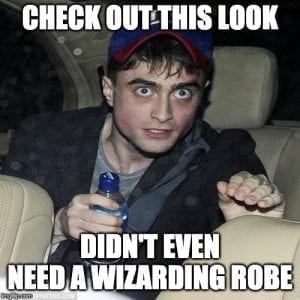 Eye-catching costumes don’t have to come from big stores to be appealing. In fact, one of the most important things when deciding a costume is to conceptualize the overall look by breaking it down into simple pieces. Once you get the basic components of your outfit, allow your accessories, hair, and makeup to really escalate the look. There’s a lot of power in the details of any Halloween costume.

There’s nothing quite as fun for literary fans as Halloween. DIY is truly impressive for the more esoteric costumes. Don’t worry if no one understands or gets your costume, since Halloween costumes are about you and having fun. Here are some ideas that you can try on a budget that can make a strong impact.

Edgar Allan Poe and His Raven

This can easily be either a couples’ Halloween costume or a solo adventure. Dressing like Edgar Allan Poe can be done on a thrift store budget, and dressing like the raven can be easily constructed with all-black attire, including feathers.

Hester Prynne from The Scarlet Letter

Not only is this novel a staple in classrooms across the country, but the variations of this costume are wildly interesting. Some approaches include the classic Puritan look, but other variations are more ironic, including skin-tight black pants, a black corset, and a bold “A” stitched on the corset.

While Coraline is a popular movie, the original novel by Neil Gaiman is a popular choice for Halloween costumes. Perhaps placing buttons in your eyes and wearing a blue wig is something that appeals to you. This easy and budget-friendly costume is a win for all ages.

One of the more interesting variations of this red-hooded wonder is combining the storyline of Red and the Wolf. Special effects can create deep gashes across the cheek or wolf hands. Combined with the red hood, it’s definitely possible to create an interesting take on this classic look.

Pop culture costumes are fun because they forever mark a moment in time where certain topics were so popular that everyone knew about them. Pop culture is a fun way to try your hand at DIY and to create variations that best suit your personality. Cruella de Vil might be a popular outfit this year from the movie Cruella. This would be a fun costume to put together, don’t you think?! Can you imagine if you owned a dalmatian too?! With that being said, if you do, you should absolutely consider Cruella de Vil as your Halloween costume this year! During the pandemic, there’s not anyone who didn’t watch the Tiger King on Netflix. This costume has been a big hit ever since the show aired. We found the same shirt she wore in this picture on Amazon.

One of the stand-out couples this year was Robin and Steve in their classic Scoops Ahoy costumes. You can either keep them clean and pressed or really bloody up the costumes, since fighting with the Russians is hard!

This fun-loving show has enough quirky characters to win a Halloween costume party. This show is perfect for a family costume soiree, a solo adventure, or if you need something that’s just easy to create at home. Each character has distinct clothes that you can find anywhere, and local costume shops definitely have everything you need.

The 90s are popular again, and that’s totally wild. Popular stores like Target have made getting access to chokers and other fun 90s plaid prints easier than ever before. Perhaps you and your bestie want to embody the partnership of Cher and Dionne, or maybe an iconic Cher outfit inspiration is more your speed. Remember: it doesn’t say R.S.V.P on the Statue of Liberty, but it may say that on that absolutely rad Halloween costume party that you’re going to. So live it up!

While we may know who sits on the throne, there are still plenty of characters to inspire a costume. Daenerys is a great choice, but instead of dying your hair platinum, we might suggest a nice blonde wig to save the integrity of your hair. Also, be mindful that your outfit matches the right hairstyle that Dany wore, since fans will probably immediately notice any discrepancies.

Couples’ costumes will never leave the Halloween scene, and we are all for them. But they don’t necessarily have to be romantically inclined. Couples’ costumes are a great to bond with your significant other, child, and even bestie.

This classic costume has been on the Halloween scene for decades, but if the classic look of Morticia and Gomez aren’t your speed, try making them hipsters or punk rockers. Even classic costumes can be subject to new revivals.

Tim Burton’s reimagining of Alice in Wonderland has paved the way for a tougher Alice and a wonkier Hatter. Wonderland is truly a fun space to inhabit, so as you create your costumes or buy a store costume, think about the personality traits you want to exhibit as well. You can also create some great backgrounds for a photo op that can really increase the fun factor around your costume.

The Doctor and Any Companion

Doctor Who has a whole premise of regeneration, which means choosing both your doctor and companion is extra fun. Thrift store hunting is probably perfect for finding the pieces needed to create your ideal Doctor and companion. Matt Smith’s turn as the Doctor would be an especially easy DIY costume with just a bowtie, suspenders, and perhaps even a fez. Bennifer is back! We’ve all heard the news, and we think this would be a great Halloween costume idea for couples to add to your list! We’ve added the photo for inspiration, but there are many other looks you could go for to pull off this couple Halloween costume!

Any President as a Zombie

Every president has a distinct aesthetic, but to really escalate the look, try a zombie look. Your zombie can be gory and graphic, but perhaps your zombie is a proper gentlemen with green skin and both eyes still in their orbital sockets. Is your zombie going to be bloody, or will just a few open holes in the face do?

Examples like Leslie Knope or Tracy Flick are great ways to have fun with political costumes. It’s also easy to create some campaign buttons to wear or even hand out to really sell the costume to others. Of course, you run the risk of people not being hip enough to know who you are, but it doesn’t really matter if you have cool swag to hand out. Pop culture political icons are also very easy to DIY.

Memes are an epic way to be creative and silly. For example, the “This Is Fine” meme is a funny meme that most people both relate to and find humorous. Accessories make any costume really come to life, so be sure to use them to make the biggest impact.

In conclusion, coming up with the most awesome Halloween costume ideas should really come from your own sources of inspiration and interest. Historically, Halloween costumes were originally worn to scare away evil spirits that would walk the earth on Halloween night. Now, they allow people to embrace a different side of themselves. So don’t get flustered – just simply think of it as another means of self-expression. This is your night to explore what it’s like to be terrifying, sexy, or maybe terrifyingly clever.

Successible Life is a participant in the Amazon Services LLC Associates Program, an affiliate advertising program designed to provide a means for sites to earn advertising fees by advertising and linking to Amazon.com.

We're sick of a world where violence and racism continue to threaten us. We'd like to speak for everyone when we say "no more" to recent events like those in Buffalo, Laguna Woods, Houston, and others. Let’s make our voices heard and confront hate. #sickofthisshit